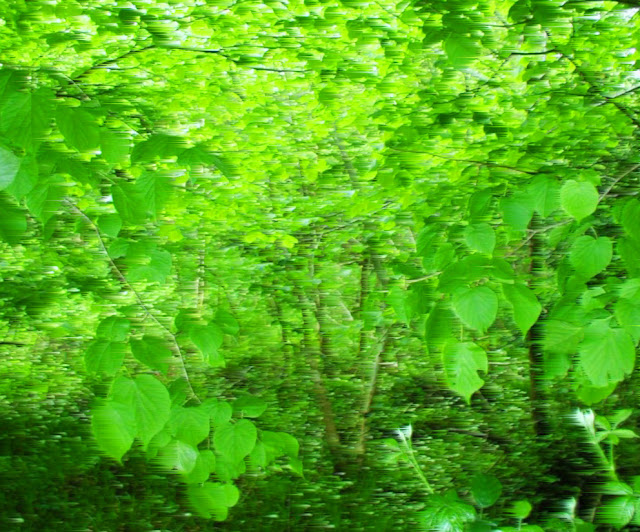 Live from the Hall in Whittier, California:

"I have always express to France my desire to forever end our ancient emnity." Adolph Hitler, 1939

"I have here in my hand a list of 205 . . . a list of names that were made known to the Secretary of State as being members of the Communist Party and who nevertheless are still working and shaping policy in the State Department. . . ." Joseph McCarthy, holding a grocery list.

"I want America to know that their president is not a crook." Richard Nixon

"Intelligence gathered by this and other governments leaves no doubt that the Iraq regime continues to possess and conceal some of the most lethal weapons ever devised."George W. Bush


"“1.8 million people are dead. But they're registered to vote. Some of whom vote even though they're dead,"Donald Trump. With that many to pick from, he might give us one or two examples. You think?

Are we sick of him tarrumpitumtum
The loudmouth skirt chasing braggart and bum
In war he knows more than the generals do
But when you check you see he don't have a clue, don't have a clue.
Posted by Terry at 6:16 PM No comments:

"O Lord our Father, our young patriots, idols of our hearts, go forth to battle – be Thou near them! With them, in spirit, we also go forth from the sweet peace of our beloved firesides to smite the foe. O Lord our God, help us to tear their soldiers to bloody shreds with our shells; help us to cover their smiling fields with the pale forms of their patriot dead; help us to drown the thunder of the guns with the shrieks of their wounded, writhing in pain; help us to lay waste their humble homes with a hurricane of fire; help us to wring the hearts of their unoffending widows with unavailing grief; help us to turn them out roofless with their little children to wander unfriended the wastes of their desolated land in rags and hunger and thirst, sports of the sun flames of summer and the icy winds of winter, broken in spirit, worn with travail, imploring Thee for the refuge of the grave and denied it – for our sakes who adore Thee, Lord, blast their hopes, blight their lives, protract their bitter pilgrimage, make heavy their steps, water their way with their tears, stain the white snow with the blood of their wounded feet! We ask it, in the spirit of love, of Him Who is the Source of Love, and Who is ever-faithful refuge and friend of all that are sore beset and seek His aid with humble and contrite hearts. Amen.” Mark Twain, from the War Prayer

A wall to nowhere - the real story


Nobody in the Trump camp and hardly anybody in general have noticed the absurdity of the Wall. I lived for the first 4 decades of my life in Arizona, so I have a pretty close view of what is going on. Here it is in outline form.

1. People with money have work that they need doing, but they don't want to pay Americans a living wage or even minimum wage to do it.

2. They let it be known that if people from Mexico can get through, they will provide them with work, no questions asked.

3. A sort of human trafficking infrastructure springs up to get people over and send them along to their jobs.

4. The work is done and everybody is happy, except that now there are too many of these guests, so the rich people sound the alarm - "Look what is going on in our beloved country!"

5. Law enforcement dutifully tries to find the undocumented workers and send them back, but this is hard. It would be fairly easy to find the people causing the problem in the first place - the rich people who hired them and continue to hire them. Follow the money. Law enforcement doesn't want to do that because millionaires don't take too well to being arrested.

6. Candidate for high office calls for a wall, even though most undocumented aliens just fly in these days. Their followers are worked up into a frenzy  about this, even though the situation isn't much affecting their lives.

7. And so it goes throughout time - the slaves, the Irish, the Chinese, the Germans all come in, solve our need for cheap labor and then get the unwelcome mat. And so it goes.
Posted by Terry at 9:57 AM No comments:

1. New data is gathered.
2. A hypothesis is formed that links the new data to the framework that we know is true.
3. The hypothesis is tested, replicated by other researchers, and verified.
4. The results are published in a scholarly journal after a double-blind peer review process.
5. The theory is added to the canon of scientific knowledge.

Example: The theory of relativity

1. I saw something on the internet.
2. It confirms my belief that people on the other side are pure evil and all-powerful.
3. I want this to be true.
4. I post it on Facebook.
5. There!!

Example: Obama is  coming for your guns on the last day of his presidency.
Posted by Terry at 7:22 AM No comments:

There is a Stephen Wright story about two babies who shared a room in the maternity ward, then were taken their separate ways. Then, by a cosmic coincidence, 80 years later they are in adjoining quarters on their death beds. One looks over and says - "So. What did you think?" Turning 70 makes that tale resonate with me. As a milestone birthday, it does something dangerous. It gets me thinking.

I grew up in a very different time. Doctors and hospitals could not advertise their services, and neither could the pharmaceutical companies. In spite of that, people in the medical profession seemed to make a better than adequate living. This has been confirmed by my wife, whose dad was a dentist. It never dawned on her that most  kids growing up in Phoenix could not spend their summers by the beach in San Diego.  The telephone in your house was owned and maintained by something called the "Phone Company." Every four years we had the Olympics, and they strictly enforced a rule that athletes could not make money from the sport they competed in. Millionaires did not show up to play tennis or basketball. I'm not sure when that went away, but it did.

In politics, you had two parties who both wanted basically the same thing for America, but disagreed often on how to get there. But they worked together, compromised, and got things done. Roads were built and maintained. We sent rockets to the moon. We invented lasers and the internet. Rich people were still rich, even though they paid a very high tax rate. In 1956, Eisenhower got half of the African American vote.

There is an old story about the frog and the pot of water. If you boil that pot and throw a frog in, he will instinctively get the hell out. However, if you start the pot at room temperature, he will swim around as you increase the heat a bit at a time. He won't notice the change until it is too late. That's where we are in politics as of 2016. I think it is too late to have any Congress that works to solve the problems of most American citizens. Mitch McConnell blatantly spelled it out when he declared that his job was to ensure that Obama was a one term president. He didn't see his role as a way to solve problems for normal people.

The Republicans have been at war pretty much every day of my life. In the 1950's through the 1980's, the Republicans defined themselves as "Anti-Communist." Every Republican hated the Communists more than the one standing next to him. By 1990 the Communists had pretty well become irrelevant, so they needed to find a new iteration of Satan. That role fell to the Democrats. Over the next decades, they set up a new system of gerrymandering that was so thorough that it became our version of Apartheid as white votes counted more than black votes.

This led to corruption on a scale that is almost hard to fathom. The Republican Party has become, quite simply a very powerful white supremacist hate group, working harmoniously with other evil entities like the Klan and the National Rifle Association. They promise that if we vote for them, they will make our lives worse. For once in American politics, this is a promise that is being kept. Five years ago when I was ready to start collecting Social Security I called their number. I was told that the wait would be a half hour but if I left a return number they'd call me when my  place in line was reached. This year my wife had a question and she was told the they would call her back in seven weeks and 2:45 in the afternoon. I'm starting to suspect that any branch of the government that is there to serve normal people is being eaten away by Grover Norquist and his evil followers.

As of this writing, the Republicans have chosen a potty-mouthed, ignorant, hate mongering gasbag as the best they have to offer for running the country. If he gets in America is finished. If not, I still see little hope for this country. I don't like being so deeply pessimistic, but I see no other choice. Right now we are poisoning our planet - there is no other way to put it. We are poisoning our babies as the number of autism cases is skyrocketing. We are poisoning our old people as the prevalence of Alzheimers and dementia cases becomes more and more obvious. The only solace I can take is that I have lived a long and fairly successful life before horrible people ruined it for everybody.