I was back in Phoenix for my dad's 90th birthday family reunion Friday night. That left me with Saturday free, so I made 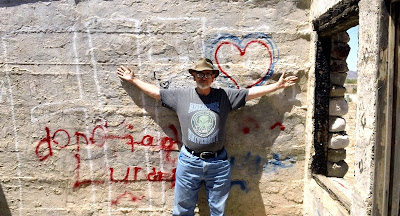 plans to take a photographic expedition, starting with Wickenburg (the town where my parents were married in 1942). The expedition was the brainchild of my old friend from college days on, Ken St. Andre. 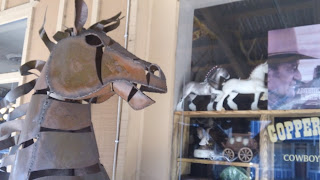 y. I told him before the interview to keep two things in mind. In any situational question, always answer in a way that shows that you support higher authority. Secondly, I knew they would ask him if he knows anyone at the library. "Under now circumstances tell them th 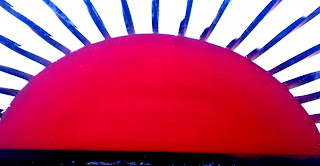 at you know me." Somewhere along the way we even published a book together called Blundering Blades - a collection of stories about our adventures in the past meeting up with Conan and various evil wizards. If you own one of the ten copies in existence, all I can say is "sorry."

Now that Ken is retired, he has time for more ambitious meetups than just going out for breakfast. For my part of the expedition, I supplied transportation and made a couple of CDs inspired by the concept of high adventure in Arizona. This included Steve 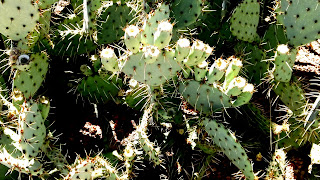 Earle's Hometown Blues, Robert Hunter's Boys in the Barroom, the Dropkick Murphys Wild Rover and Jerry Garcia's Old and in the Way. I saw on the map that there was a town called Nothing, AZ about an hour past Wickenburg.

When I picked Ken up he had added his son Cory to the expedition, which brought the median age in the car down below 50. We decided to breakfast in Wickenburg and then go on to find Nothing. Breakfast was great, but then I took the western highway instead of the northwest road to Williams. By the time we realized it, we were in Salome, so we poked around and photographed a few desolate spots before heading to the interstate fo 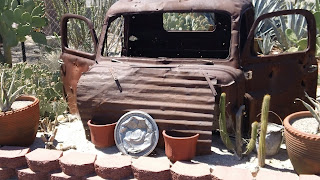 When I got back, I found that I had accidentally run the video part of my camera when it was in my pocket, and it managed to erase most of my Wickenburg shots, so I will have to declare Ken the 'King of Wickenburg" until the next time I'm out. I'm still happy with the Salome shots for the most part, so that will have to do for now. Meantime, go check out Ken at http://atroll.wordpress.com/2011/06/05/a-five-hawk-day/#comments A more complete collection of photos can be found at http://upload.pbase.com/edit_gallery/terryballard/wickenburgsalome . See Steve Earle's Hometown blues at http://www.youtube.com/watch?v=N1sLEJ6RUOI
Posted by Terry at 12:29 PM No comments: